View basket “85 Not Out” has been added to your basket.

This is the fascinating autobiography of none other than Ted Dexter — aka Lord Ted — the ferociously powerful and debonair former England international cricketer and captain.

Dexter was a classical, hard-hitting batsman and right-arm swing bowler of the highest order. Having captained England in 1961-2, stood as England’s chairman of selectors from 1989-1993 and then becoming President of the MCC in 2001, he is undeniably one of England’s most prolific cricketers, playing alongside and standing in the same legacy as the iconic Fred Trueman, Peter May, Colin Cowdrey, Richie Benaud and Gary Sobers.

But, as Ted is eager to stress in the introduction of his book, he also lived a rich, lively and fulfilling life outside of his sporting career. Featuring tales galore — of his various escapades along the French Riviera, his experience of running a sports PR company, flying planes (just “because he could”), playing championship golf, racing greyhounds, journalism, broadcasting and honestly *so much more* — you’ll wonder if there’s anything in life this man couldn’t do!

Fresh, vivacious and ridiculously entertaining, this book is destined to unravel as a rip-roaring read not only for those who recall his sporting legacy, but for anyone who resonates with Ted’s fervent enthusiasm for both cricket and life.

All book royalties will be donated to the MCC Foundation -- Transforming Lives Through Cricket. 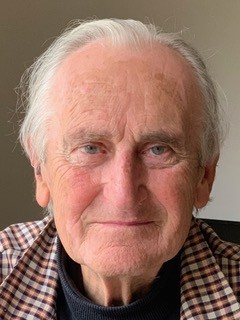 Edward Ralph Dexter CBE, known as Ted Dexter, nicknamed Lord Ted (born 15th May 1935 in Milan, Italy) was a former England International cricketer. A classical, hard hitting stylist and right-arm swing bowler, he captained Sussex and England during the early 1960s, and continued to fundraise for the MCC Foundation well into his retirement. He was also a keen amateur golfer and aviation fanatic. He sadly passed away in 2021.

Reviews for 85 Not Out

A book that needs to be savoured—delightful anecdotes, a life-time of cricket wisdom and astute insights of a 85-year-old former great who remains keen and sharp as ever

An enjoyable romp through the fullest of lives

Dexter’s autobiography details a colourful life that has certainly been well lived.

An excellent book and certainly leaves its reader with a good understanding of the way Ted Dexter thinks. It is highly recommended.

It’s thrill and Ted’s excellent adventure…one which chronicles his rich and varied years. 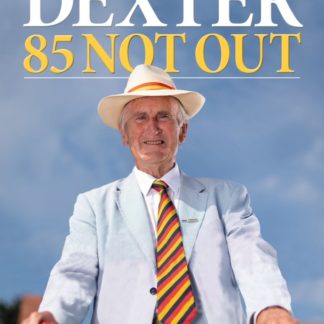