A Season of Midlife Cricket

As Roger Morgan-Grenville prepares for a new season with the White Hunter Cricket Club, he is starting to feel his age, so he embarks on a secret plan of coaching, yoga and psychology to improve his game. Will he emerge as a sporting demigod, or will his teammates even notice the difference.

This is the humorous and heartwarming story of that cricket season, as the White Hunters go from disaster to triumph. It is a tale of competitiveness, suspense, excellence, hospitality and incompetence, such as the missing fielder found asleep in the woods and the two opening bowlers whose MG Roadster breaks down on the way to the game.

From the Castle Ground at Arundel to a field next to a nudist camp in France, players such as the Tree Hugger, the Gun Runner, and their wicket-keeper, the Human Sieve, share the dream that this might be their day. Above all, it is the uplifting story of friendship among a team of not-very-good players who find enough moments of near brilliance to remind them why they turn up for more, game after game, season after season. 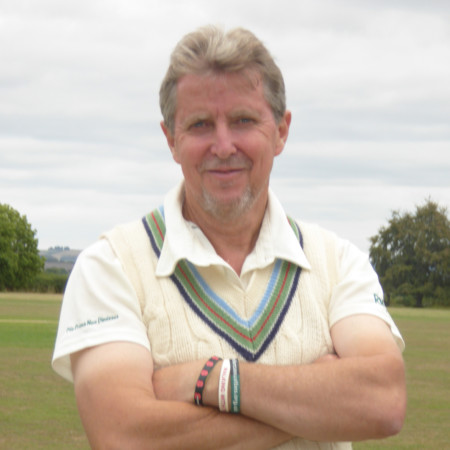 Roger Morgan-Grenville was a soldier in the Royal Green Jackets for nine years, during which time he served on five continents, and led the first expedition to successfully retrace Shackleton’s extraordinary journey across the island of South Georgia. His principal career as manager of a kitchenware company reflects his passion for food, and he was also a founder, and first head fund raiser, for the charity Help for Heroes. He once appeared on Mastermind with the specialist subject Flanders and Swann, without ever troubling the second round. He is a passionate, but talentless, cricketer, and co-founder of the White Hunter Cricket Club, the subject of his books Not Our First Ball and Unlimited Overs. Roger is married and has two sons.

Unlimited Overs is a wryly amusing tale of ‘friendship, dynasty, defiance and hope…’

Ever self-deprecating, R M-G has nailed his whimsical colours to the mast with his latest volume on the trials of the legendary White Hunters CC. His turn of phrase is without parallel. Who else would or could come up with the line, “Clinging on to my innings like a sloth to the underside of a Cecopria tree”?

This book is for the people that make cricket both possible and the most magical game on earth, and yes, very possibly better than sex.

Where Roger strikes a real and often hilarious chord is his take on what you’d call the theatricals of cricket, the anecdotes and vignettes which make it such an enjoyable and perplexing game… But for those 750,000 dedicated amateurs that play cricket, and for the many more who used to play the game but can no longer, and yet still listen avidly to Test Match Special in the uncertain hours to watch the Ashes in Australia, this is a book that bears affectionate witness to a noble game that continues to bewitch. After all, who would prefer to score a goal for England rather than hold his bat aloft after scoring a century at Lord’s? 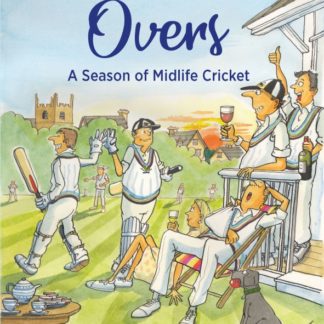 You're viewing: Unlimited Overs £12.95
Add to basket
0
0
Your Basket
Your cart is emptyReturn to Shop
Continue Shopping