The Essential Fergus the Horse

The Life and Times of the World's Favorite Cartoon Equine

Currently reprinting - due May 2021

In the late 1990s, a little bay horse with four white socks and a blaze was born. Dubbed ‘Fergus’, he has now traveled the world many times over by print, web, and satellite, inspired a line of merchandise featuring his visage, and gained a fervently devoted following in the hundreds-of-thousands on Facebook and through other social media outlets. Who is this horse and how can we explain his magnetism? What breed does he represent and at which sport does he excel? What makes him so special?

Fergus the Horse (Equus hilarious) is the creation of artist Jean Abernethy, and the truth is, he is not meant to represent a particular breed, nor does he pursue one specific equestrian discipline. Perhaps it is this generic quality of ‘every man or woman’s horse’ that has led to his immense popularity. While his familiarity may woo us, it is most likely his expressiveness, honesty, charm, and of course that keen sense of humour that wins our hearts.

Now, in recognition of Fergus’ growing fan club, Abernethy has brought together the backstory of Fergus the Horse—how he came to be, his early years, the history of his ‘friends” and support characters—and combined them with his ‘greatest hits’, including the most-loved comic strips and cartoon moments, some rarely seen sketches, and brand new additions created exclusively for this book. The result is a lively, colourful, highly illustrated treasury that will entertain anyone with an eye for a horse and a need for a laugh. 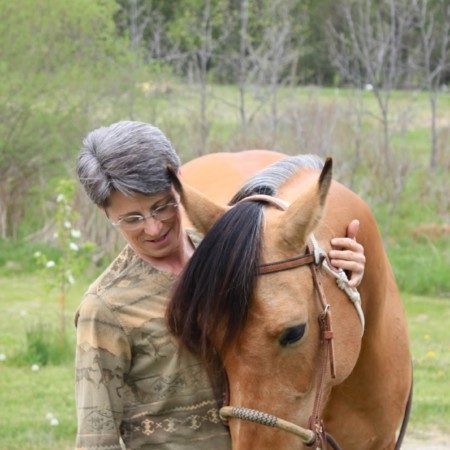 Jean Abernethy has been producing equestrian-related drawings, horse portraits, and horse cartooning for more than 30 years. She has illustrated several books and instructional articles, technical how-to drawings, and diagrams for instructional purposes. She has also done children’s and fantasy illustration. Her work has taken her coast-to-coast to farms and equestrian events where she’s been involved with a wide variety of horse breeds, sports and disciplines.

Reviews for The Essential Fergus the Horse

Every equestrian home needs a reminder that all horses provide humour and when your humour has been exhausted by your own horse’s antics – then just remind yourself by flicking through The Essential Fergus that they are probably all from the same mould…As in the words of the lovable Fergus “Courage keeps us going, Laughter keeps us sane!” Well this book has it in bucket loads. I do urge you to buy and read this book and have a copy of it on your shelf. Better still this would make a great present for any horse enthusiast you know.

How cool to have Fergus and his buddies corralled in one spot! I’ve enjoyed his escapades so much over the years. This book will be a great way to enjoy them again and share them with others.

Jean Abernethy clearly knows her horses and their humour. This entertaining book will doubtless hit a note with many riders who try to juggle home life and horses.  The book is lively and colourful that will entertain anyone with an eye for a horse. It can be read through at a single sitting, or dipped into at will where the reader will always find something to giggle at. This book is highly recommended, although it’s the wrong time of year now, this would be a perfect stocking filler for Christmas or a wonderful birthday present for anyone who has any contact with their own Equus Hilarious.

Fergus has an answer for everything his long-suffering owner asks him to do – or is about to ask him to do. He’s so sharp and his creator is so intuitive, she’s thought of virtually every horsey scenario to enable Fergus to speak to us as we think – and now know! – our horses do. He speaks for them all of them. 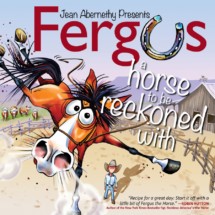 Fergus: A Horse to be Reckoned with 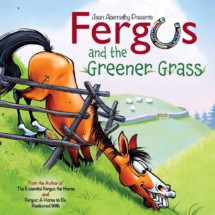 Fergus and the Greener Grass 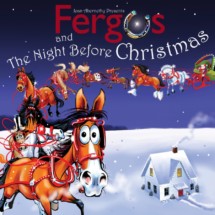 Fergus and the Night Before Christmas 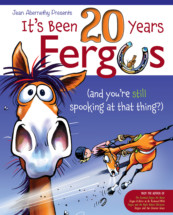 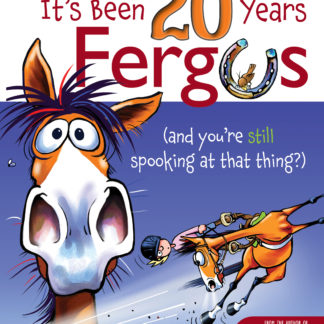 You're viewing: The Essential Fergus the Horse £14.95
Add to basket
0
0
Your Basket
Your cart is emptyReturn to Shop
Continue Shopping