The Decline of an English Village

This is the 45th Anniversary Edition of The Decline of an English Village.

When The Decline of an English Village was first published in 1974, its appearance was greeted with immediate critical acclaim. As a young writer, born into declining village life, Robin Page’s message simultaneously struck a chord and sounded a warning.

Now, after forty-five years, it reappears with a new and updated introduction, in which political activist Robin Page exposes greed, political ineptitude, and social and environmental indifference as the driving forces behind the deterioration of village life and the communities around it.

Robin Page transports readers back to a time when villages were founded on the value of community, and when people still worked the land in the traditional sense. He reflects and ruminates on his own experiences of rural life, raising sensitive topics, such as the intensification of farming, over-population, and environmental degradation in some of England’s most beloved places. Robin shares his concern for the alarming loss of wildlife in England, and offers his own perspective on what he perceives to be the most pressing issues. His passion for English tradition, reflected through his involvement with the Countryside Restoration Trust, radiates from within the pages of this book, along with his enthusiasm for preserving the countryside and its wildlife.

Throughout his life, Robin has observed dramatic changes in the way people live their lives. It’s in this book that he reiterates the tragedy behind a countryside increasingly misused and abused in the name of urbanisation and industrialisation. 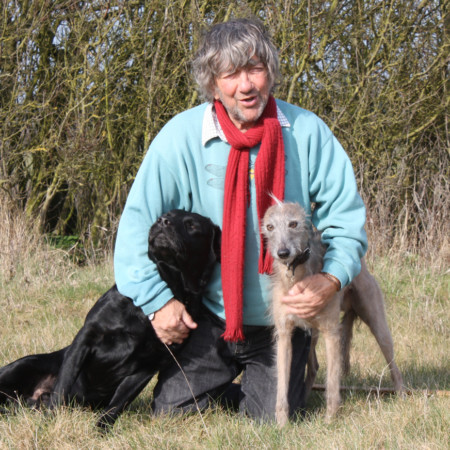 Robin Page is an English writer, farmer and countryman. He previously presented the BBC television show One Man and His Dog and served for twelve years as an elected member of the Council of the National Trust. In 1993, Robin assisted in founding the Countryside Restoration Trust, and today still stands as its Chairman. Robin is a member of the following professional associations and clubs: The British Trust for Ornithology, The Royal Geographical Society, The East African Wildlife Society, The Farmers’ Club, The Country Land and Business Association, and The Society of Authors. He has written 33 books.

Reviews for The Decline of an English Village

On the more positive side, meeting people like Robin Page on the Countryside Restoration Trust stand makes you realise that these individuals have a wealth of knowledge that is impossible to match in the anti-hunting/anti shooting world. The Decline of the English Village provides some very useful arguments to counter the barrage of nonsense produced by those who know precisely what they want changed in the countryside but have little idea about what might follow.

A deeply moving account of a world that has almost vanished. We can’t go back in time but this beautiful story shows that there is much to learn from the past.

Robin Page is a national treasure. This whiskery and rebarbative countryman, now in his mid seventies, has campaigned tirelessly for the cause of traditional rural life… he has shown, admirably, what even a single individual can do off his own bat by founding the Countryside Restoration Trust. The Decline of an English Village was one of Mr.Page’s early books. Written 45 years ago, and now reissued with a new last chapter, it is a classic.

For many of us who through the past half-century have observed the astonishing transformation of the English countryside, Robin Page has long been a hero. In his inimitably robust and vivid style, he has chronicled the ecological catastrophe inflicted on so much of our wildlife by modern agriculture, and along with it the disappearance of so much of that traditional rural life which for centuries had been synonymous with the countryside. It is forty-five years since he began this journey with his book The Decline of an English Village. But now he has brought this melancholy story up to date by showing how all the dehumanising pressures of the modern world, reinforced by our ever-growing population, have continued to remind us of just how much value we have lost that deserves to be remembered. 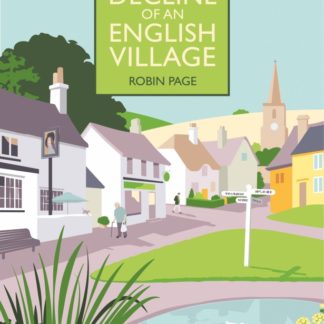 You're viewing: The Decline of an English Village £18.95
Add to basket
0
0
Your Basket
Your cart is emptyReturn to Shop
Continue Shopping