The popular and provocative columnist from Shooting Times

Published in co-operation with Shooting Times, this is a collection of the best writing by their popular columnist Alasdair Mitchell, who is featured each week in his 'Sharpshooter' column. Covering all aspects of the countryside from field sports to conservation, nature and wildlife this book will appeal to everyone with an interest in rural life and to the many thousands of readers who have followed his contributions over the last 20 years. 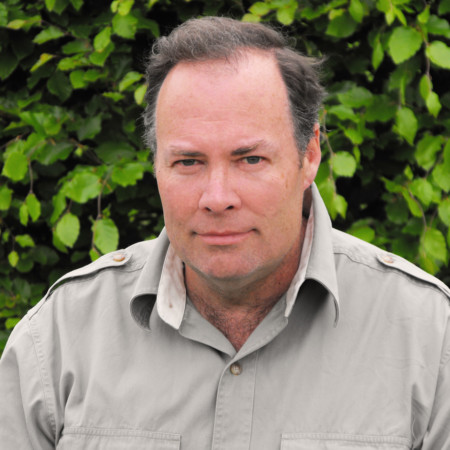 Alasdair Mitchell owns and lives on a remote farm situated on the barbarian side of Hadrian’s Wall in Northumberland. In addition to sheep, he keeps a small herd of red deer. Married, with two children, he farms and manages land of high conservation value in a manner that is sympathetic to wildlife.

In his earlier years, he was a soldier, stockbroker, PR consultant and company director. He is also a former director of BASC’s Northern Region. In 1997 he wrote his first book, Goose Shooting. He has written regularly for the sporting press since then. His columns for the Shooting Times continue to provoke debate, amusement, appreciation and outrage in roughly equal measure.

Ex-soldier, hill farmer, stalker, wildfowler and all-round good egg, his essays address all manner of sporting, countryside and environmental topics, usually in a pretty direct, full frontal manner. From rewilding to animal rights hypocrisy, from veganism to bureaucratic incompetence, Mitchell usually goes for the jugular… blood is let, though in the nicest possible and most amusing way. Read between the lines, though, and you quickly see Mitchell is no oafish redneck. His love and understanding of Britain’s wild places, or the creatures and people who inhabit them and of the management practices that have made them the special places they, is there to see on every page, as is his respect for the quarry he pursues. With an introduction by Sir Johnny Scott, here are 120 short — and a few not so short — essays on country life that will make you chuckle, and make you think.

The book’s piecemeal format enables the reader to dip in and out for ten-minute morsels of entertainment, but it’s all too easy to keep on gorging on his pithy prose. The writing keeps you hungry for more. I couldn’t tear myself away.

His pieces are stimulating and frequently irreverent, and have on occasion put him in deeper water than is comfortable even when goose shooting or crawling up a soggy burn while deer stalking. A polemic, yes. But Sharpshooter is also evocative and no reader can escape Alasdair’s knowledge, understanding and love for the countryside and the sport it offers. Bringing the best of these articles together in one volume, is rather like getting all the chocolates in the box at once.

Not one to shy away from controversy or controversial topics, during his career as a sporting journalist, Mitchell has often given ‘both barrels’ to politicians, bureaucrats, newspapers, conservation groups, countryside visitors and even vegans over their treatment and sometimes misguided comments about rural Britain. But Alasdair Mitchell is more than just a sporting journalist, he is a country pursuits and country life writer par excellance with a wicked sense of humour and self parody. His evocative descriptions of his personal experiences of shooting and hunting game in various locations around the world allows the reader to easily visualise being there beside him in the hide or under the African thorn bush. The book’s striking hard covered design is as attractive as it is unusual. The fact that there are no photographs in Sharpshooter does not detract from its overall appeal. This book is all about Mitchell’s take on topical subjects and the power, enlightenment and joy of the written word. Another excellent read published by Quiller in conjunction with Shooting Times.

This is a collection of over 100 selected columns by Alasdair Mitchell ranging over a 20-year period. They cover all aspects of the countryside from field sports to conservation, nature and wildlife, including pest control with an amusing tale relating to catching moles! This Book will appeal to everyone with an interest in rural life and to the many thousands of readers who have followed his contributions over the years.

Sharpshooter is a wonderful journey with one of fieldsports’ most fertile minds. 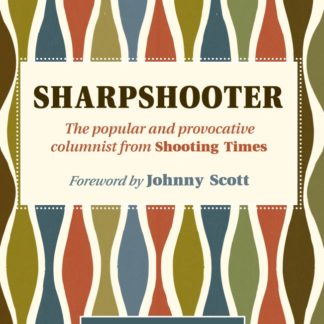 You're viewing: Sharpshooter £18.95
Add to basket
0
0
Your Basket
Your cart is emptyReturn to Shop
Continue Shopping