Red Rag To A Bull

Rural Life in an Urban Age

Author Jamie Blackett arrives home from the Army to take over a small family estate on the Solway Firth in Dumfries and Galloway and finds a rapidly changing countryside.

In a humorous and occasionally-moving tale, he describes how he grapples with the intricacies of farming, conservation and estate management and tells the story of founding a pack of foxhounds and a herd of pedigree beef cattle. Part childhood memoir, part biopic of rural life, readers are transported to a remote and beautiful part of Scotland and acquainted with its wildlife, its people and its customs. One minute he is unblocking his septic tank, and the next he is watching Glenn Close film a sex scene in his bedroom.

Set over the first two decades of the 21st century, through the Scottish independence referendum, Brexit and the hunting ban, the result is an enlightened review of the challenges threatening a vulnerable way of life and an emerging rural philosophy about the directions Scotland, farming and the countryside might take in the brave new world of Brexit. 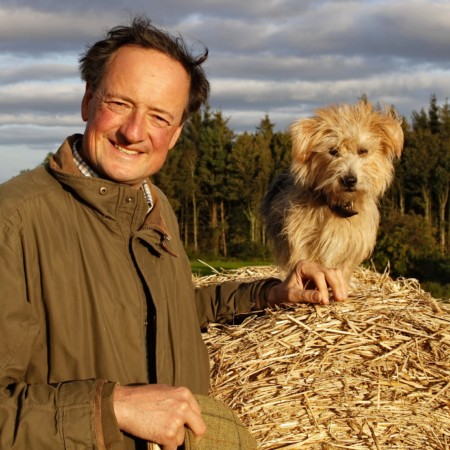 Jamie Blackett is a former army officer and a farmer on the beautiful Arbigland peninsula on the Solway Firth in Dumfries and Galloway. He is also an award-winning journalist and a regular columnist for the Daily Telegraph, Country Life and other publications. He appears regularly on television and radio as a commentator on politics and rural issues.

His first book, The Enigma of Kidson has been adapted for the stage. Land of Milk and Honey is the sequel to his second book, the much-acclaimed Red Rag to a Bull. In 2020 he won the Charles Douglas-Home Memorial Trust award for journalism and his essay has been published in a short book On Wilding. Jamie is married with two grown-up children.

Reviews for Red Rag To A Bull

Apropos reading, may I recommend two recent discoveries. The second is Red Rag to a Bull, by Jamie Blackett. Also beautifully written, there is no better one-volume guide to rural matters. Every politician should read it, as should anyone who cares about the countryside. It is a pleasure from first page to last.

This book is a reflection, by turns poetic and gritty, on two decades of life at what Jamie Blackett calls ‘the silage-pit face’… He has to cope with the Scottish Government, unsafe trees and the implementation of the hunting ban. He’s literally living the dream, given that dreams are generally odd, disconcerting and irrational, as well as, in recollection, at times very funny.

Blackett, a British ex-military man now trying his hand at agriculture, is not shy. His rage at the apparatchiks who both enable him to farm (through subsidies) and ensure that his activities are highly circumscribed (through onerous regulation) is unconcealed in this diverting book… But Blackett never loses his sense of humour, even when describing his painful interactions with what he terms the ‘Big State’… Blackett might say that, as farming is more than crop rotations, the job of the writer goes far beyond the writing itself.

Jamie Blackett’s new book is a bracing breath of Borders air. Not an angry caricature nor a blinkered polemic, Blackett has delivered something else entirely. And something rather valuable. Funny, well-considered and engagingly written, Blackett’s book is one that encapsulates a moment in time.

What a brilliant, enlightening and amusing book, about the real countryside. It should be read by politicians, bureaucrats, ramblers, wildlife-lovers, townies, blow-ins and bumpkins like me. What a read!

The Enigma of Kidson

Land of Milk and Honey 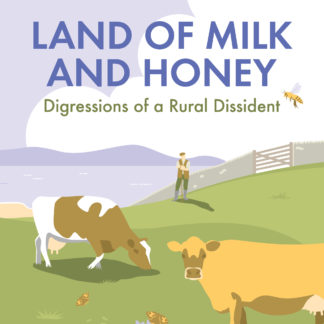 You're viewing: Red Rag To A Bull £20.00
Pre-Order Now
0
0
Your Basket
Your cart is emptyReturn to Shop
Continue Shopping