Peter Scott and the Birth of Modern Conservation

Peter Scott was a remarkable man who led an extraordinary life. Writer, artist, broadcaster, conservationist, sportsman; in any one of his chosen fields he would have been remembered as someone who made a difference. That he excelled in all of these is perhaps the main reason why his life remains an inspiration to others more than thirty years after his death. To his chosen fields, Peter brought a restless energy, boundless enthusiasm, integrity and determination to succeed.

This new biography charts his life, from the young boy who grew up in the shadow of the tragic death of his famous father to the co-founder of the World Wildlife Fund and a major international figure in wildlife conservation. Along the way he became a passionate wildfowler, an internationally renowned artist, Olympic medal winner, wartime hero, British national glider champion and popular broadcaster who was heavily involved in the development of natural history programmes at the BBC. The book draws in part upon previously unpublished letters and papers discovered in his home during preparations to open it to the public, and casts a new light on some of the events that helped change a passionate hunter of wild geese into the most fervent champion for their survival.

With the current crisis of global warming and the threat of mass extinction of wildlife across the globe, Peter’s story is a vivid reminder of the challenges we face and of what we stand to lose.

Following a career in cartography and publishing, Chris Moore joined the Wildfowl and Wetlands Trust in 2014 as a volunteer at their headquarters in Slimbridge, Gloucestershire. In 2017, he joined the team that worked for two years to convert Sir Peter Scott’s former home into a museum. The contents of the house were catalogued, cleaned and, where necessary, conserved. Since the Scott House Museum opened in 2019 he has been one of a team of volunteers leading groups of visitors through the house, telling the story of Sir Peter Scott’s life and work. 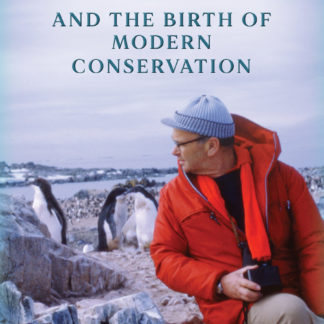 You're viewing: Peter Scott and the Birth of Modern Conservation £20.00
Select options
0
0
Your Basket
Your cart is emptyReturn to Shop
Continue Shopping