The artist Norman Thelwell published his first pony cartoon in 1953, and quite by accident, his name became synonymous with images of little girls and fat hairy ponies. The “Thelwell pony” quickly became the most-often referenced source of horse-humor the world over, and today, as we prepare to celebrate the centennial of the artist's life in 2023, his caricatures remain as popular as ever. Thelwell's 34 books have sold over 2 million copies in the United Kingdom alone, and his cartoons are found on a diverse array of merchandise, from puzzles and stationery, to socks and bed sheets.

Upon discovering his comic niche in the equestrian world, a subject for which—although an outsider without personal horse experience—he became best-known, Thelwell developed a cartoon strip about a particular horse-crazy young lady and her wicked pony called “Penelope and Kipper.” This became a book called Penelope, first published in 1972 and now found bound with other favorites in the popular collection Pony Panorama. Seventeen years later, a second series of adventures found its way to print in Penelope Rides Again. Thelwell's plucky, pint-sized equestrian was back in the saddle (or, more frequently, out of it) as she braved both showgrounds and countryside with the still-devilish Kipper.

Many years have passed since Penelope Rides Again was last widely available in print. Given that these highly recognizable characters helped marry the Thelwell name to horses and the equestrian experience the world over, a special 100th Anniversary Edition seems fitting. With Penelope's help, readers of all ages will learn to pick themselves up after a fall, no matter how hard…and laugh about it.

In 1952, Norman Thelwell (1923-2004) penned his first cartoon for the satirical British magazine Punch, renowned internationally for its wit, irreverence, and for publishing the world’s best comic writers and poets. This led to a relationship that lasted for 25 years and over 1,000 cartoons, including 60 front covers. Thelwell was a master of sharp social comment and sheer zany humor, and his 34 books have sold millions of copies worldwide and have been translated into numerous languages (thelwell.org.uk). 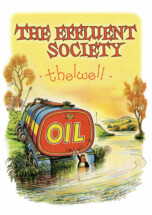 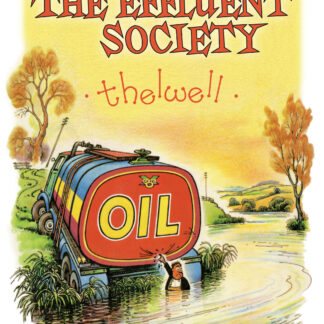