A Drink at the Bar

A memoir of crime, justice and overcoming personal demons

"Witty and engaging. It offers a fascinating ringside seat at some of the most high-profile trials in modern English legal history, together with a brutally honest account of the writer’s descent into alcoholism and depression — and his rise out of it." Catherine Baksi, The Times

"Great success can often find itself the marching companion of personal torment... this fantastically told story is one full of colour and optimism."  Sir Charles Walker KBE MP

"As Graham himself acknowledges, lawyers' and judges' memoirs have a habit of being either dull or self-serving or both, and pompous to boot. This is none of those things."  Alastair Campbell, journalist, author, strategist, broadcaster

This is the witty and revealing memoir of Graham Boal QC, a criminal barrister for thirty years before serving as a Judge for nine, up until his retirement in 2005.

Boal's career highlights included his being the legendary George Carman's junior in the Liberal leader Jeremy Thorpe's trial for conspiracy to murder in 1979, leading for the Crown at the Appeal of the Birmingham Six in 1991 and being appointed First Senior Treasury Counsel. His memories of key cases in his career are fascinating, but his day-to-day experiences are every bit as revealing and interesting.

However, as his brilliant career progressed, he found himself increasingly dependent on alcohol. Going into treatment for alcoholism and depression in 1993, he's been a recovering alcoholic ever since, even during his years as a judge at the Old Bailey, the court at which most of the most serious criminal cases in the country are tried.

This intriguing memoir reveals the many inside stories of classic criminal cases, and the author is unstinting in his analysis of his professional achievements and personal struggles. This will be an essential read for all those interested in legal and political issues, especially the toll that the pressures of high office can have on one’s personal life and wellbeing.

"A brilliant combination of the professional and the personal. Wit and wisdom in equal measure."  Patricia Hewitt, former Secretary of State for Health

"Author Graham Boal's excellent descriptions of how the entire criminal justice system works and his personal involvement in many of the high-profile cases of the time are an instructive and riveting read, whilst his breathtakingly honest, often funny, self-deprecating and disarmingly humble accounts of how he confronted his demons are at times deeply moving." Charlie Mortimer, author of Dear Lupin 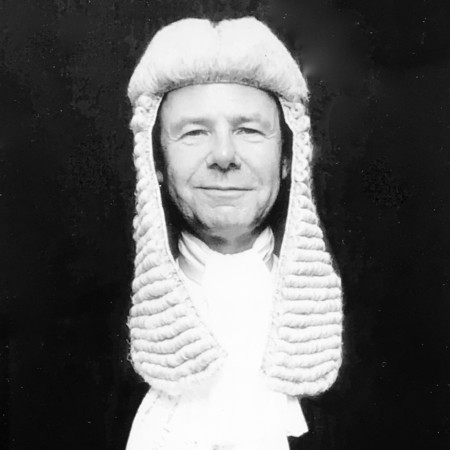 Graham Boal QC was a criminal barrister for thirty years before serving as a judge for nine years until his retirement as a Permanent Judge at London’s Central Criminal Court, the Old Bailey, in 2005. The author is now a trustee and board member of WDP, a leading addiction charity.

Reviews for A Drink at the Bar

…a searingly honest and engaging account of failings and redemption.

Witty and engaging. It offers a fascinating ringside seat at some of the most high-profile trials in modern English legal history, together with a brutally honest account of the writer’s descent into alcoholism and depression — and his rise out of it.

This book is marvellous fun and gloriously entertaining. A thoroughly enjoyable read.

Offering readers a candid portrayal of his alcoholism and depression, which were inevitably intertwined, this book’s appeal extends beyond the narrow readership of practising lawyers and fellow judges. His angst may regularly punctuate the narrative, washed down with recollections of tumblers full of whisky, but they do not dominate Boal’s story. Instead, they are neatly interwoven with his 30-year stretch as a criminal barrister, during which time he became First Senior Treasury Counsel.

As you would expect from a former Old Bailey judge, Graham Boal QC is searingly honest about the challenges he has faced — and overcome. Well aware that, as he puts it, “there are few more boring experiences than ploughing through the reminiscences of retired barristers and judges”, Boal takes us through his early life and career at a reasonably brisk pace. Writing about one’s human frailties is entirely commendable and Boal, 77, dedicates his book to the Westminster Drug Project, where he serves as a trustee and board member. While later chapters of Boal’s book make for painful reading, this is a story with a happy ending. Boal recovered. Despite everything, then, [he] considers himself to be a very lucky man indeed. 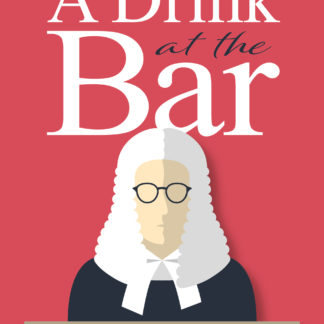 You're viewing: A Drink at the Bar £14.00
Add to basket
0
0
Your Basket
Your cart is emptyReturn to Shop
Continue Shopping